Skip to content
Do You Need to Replace Polybutylene Piping In Your Home?Colonial Home Services

Should you Replace Polybutylene Piping In Your Home?

If your home was built any time during the late 70s through the mid-90s, there is a very good chance that the builder used polybutylene tubing for much of your plumbing. Polybutylene resin is a saturated polymer that can be molded into a number of forms and shapes. It is resistant to chemicals, acids, alcohols, and fats and was seemingly the perfect solution for replacing traditional water pipes.

However, as these piping systems began to age, their reliability was called into question. And as it turns out, polybutylene pipes begin to deteriorate after 10 – 15 years.

If your home was one of the millions of households built during this time using polybutylene plumbing it’s recommended to get your system checked out.

We have plumbers On-Call and Standing By. Call Now! 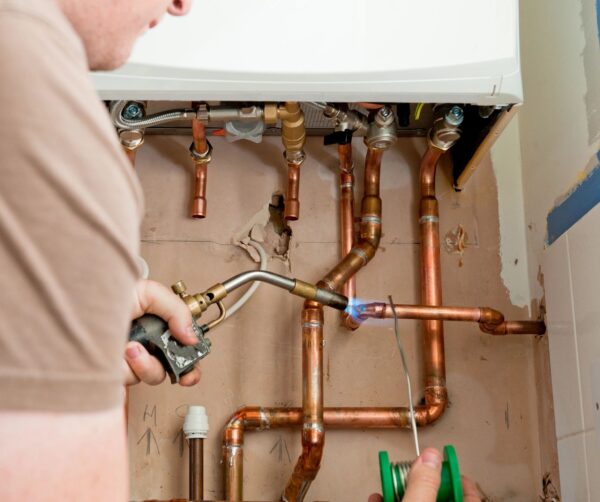 Polybutylene pipes can fail due to either faulty installation or chemical reactions between the polybutylene and chemicals put in the water supply (chlorine for instance). This can cause the pipes to become brittle and begin to fail. Once this reaction happens, these cracks can lead to leaky pipes and other issues.

Read what customers had to say about our Electricians, Plumbers & HVAC Service:

They show up when they say they will and get the job done right. I recommend them to anyone in need of electrical service including my family and friends.

Always professional, courteous and work completed on time. A must add to your address book for any electrical service you may need.

We will be calling Colonial for ALL of our future electrical requirements. Thanks again Colonial for providing such quick & professional service

I was very impressed with their professionalism and would not hesitate to recommend or use them again.
Thank you again